PokerStars recently unveiled opportunities for US online poker players to win a Platinum Pass and added a live tournament opportunity on Wednesday.

A pass awards a player a complete tournament package to the PokerStars Players Championship (PSPC). The event is set for Jan. 30 – Feb. 3 Bahamas at the Baha Mar Resort. The passes have become one of the biggest prizes in poker.

Players can now win their way into the event as part of the Road to PSPC tour at Maryland Live! Casino from Sept. 29 – Oct. 2.

The first PSPC was held in the Bahamas in 2019 as part of the PokerStars Caribbean Adventure (PCA). The company offered numerous Platinum Passes in the run up to the event, with each worth $30,000.

The $25,000 buy-in tournament eventually produced a field of 1,039 and a prize pool of $26.5 million. Spain’s Roman Collilas scored the title for $5.1 million after winning entry via a Platinum Pass himself. 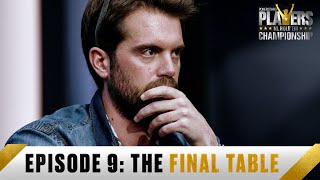 Players looking to grab a pass can head to Maryland for the first Road to PSPC event in the US. Like other PSPC live qualifiers, the event features a $360 buy-in.

Several events have already run around the world with passes on the line. Stars recently announced more Road to PSPC events in Europe and South America as well.

American players will also have a chance to qualify for a Platinum Pass by playing on the company’s US online platforms. PokerStars is currently available in Pennsylvania, Michigan, and New Jersey. In August, the company announced players can win a pass by competing on leaderboards running from Aug. 30 – Dec. 10. Players earn points through a variety of methods including:

Top players can earn seats in invitational freerolls at the end of each month with a Platinum Pass on the line. Numerous winners can earn freeroll spots in each state including:

The US Championship of Online Poker (USCOOP) is currently underway in all three markets as well. Stars will award the first six passes during the festival.

★★★ Ready to get in the action and compete for a Platinum Pass at PokerStars? Click here for a complete site review with exclusive USPoker bonus offers. ★★★