Why do people play poker? That’s one of the topics CoinPoker Head of Security Michael Josem discussed with host Joe Ingram on the Poker Life Podcast last week.

The duo touched on everything from online poker security, to politics, to facial hair over the course of nearly two hours. The two saw eye to eye on most of the topics that came up, but agreement went out the window when the topic shifted to PokerStars (Josem’s longtime employer) and the current state of online poker.

The topic of why people play poker and how a site can appeal to them starts at about the 40-minute mark in the video below and lasts for about 30 minutes. 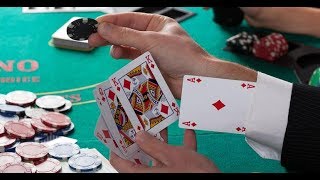 What are we talking about here?

The 30-minute exchange highlights what has become a widening disconnect between the industry and professional players when it comes to recreational players.

On the one hand, professional players like to point out the number of people that fell in love with the nuance of the game and the aspirational effect of its top practitioners.

And on the other hand, the industry is focused on tailoring its products to the majority of people, which in 2018 means a fast-paced, entertaining environment.

Unfortunately for everyone involved, the conversation is mostly people talking past one another, with few people willing to accept that both sides’ ideas aren’t mutually exclusive. A site can offer highly-skillful contests in a competitive environment alongside fast, fun, unbeatable games.

As Josem pointed out on several occasions, it’s important to appeal to everyone. And with more than 50 percent of online gaming taking place on mobile devices, you can’t expect the games that were popular 10 years ago to have the same appeal today.

“You’re not going to be sitting there for eight hours playing the Sunday Million on your phone,” said Josem. “A), you’ll run out of battery, and B), you’ll ruin your neck.”

But that doesn’t mean the Sunday Million is a dinosaur and headed towards extinction. The people who enjoy it simply need to understand that it needs to exist alongside Spin & Go’s and other games, even if the Sunday Million becomes a bit less popular.

Are Spins good for poker?

Ingram next asked Josem if he thought Spin & Go’s are good for players.

“Different people want different things,” Josem answered. “When you go to a restaurant you have a menu,” to select from.

This is the first really important point that came out of the interview:

The best way to grow online poker isn’t to find the “right” product that appeals to everyone, it’s to offer a full menu of options that different customers with different tastes can choose from.

To his credit, Ingram said he doesn’t mind Spin & Go’s. But the reasoning behind his acceptance flies in the face of the “full menu” mentality.

Does poker need to be beatable?

For Ingram, whether something is good for players boils down to whether the game is beatable, and he’s ok with Spin & Go’s because he believes the format is beatable.

He went on to draw a clear line at other formats that appeared to be unbeatable. “That’s where I have an issue,” Ingram said.

“Hopefully we don’t go the complete route of these complete lottery-style games. I don’t know if we’re going to go that way. I hope not.”

At that point Josem interjected. Even though he agrees that nothing but gambling-type games would be a bad route for poker to go down, he made it clear that it’s not up to him, or Joe Ingram, to determine what other people should do with their time and money.

“That might not be what you or I want,” said Josem, “but let me give you a hot tip; there are a lot more people playing roulette [unbeatable casino games] than there are poker, and in that sense, not everyone wants to win.”

Josem used the example of social games to underline this point, noting that if a person decides to make an in-app purchase, the social games have a 100 percent rake. People play these games and make these purchases because they enjoy them, not because of a possible financial incentive.

The good news is traditional poker games will always exist for those interested in pursuing a career on the felt, but the industry can’t force them to be as popular as they were during the poker boom.

The idea that there are people playing poker with no desire to improve is something most poker players have a hard time wrapping their heads around, and Ingram wasn’t entirely buying what Josem was selling.

According to Ingram, non-traditional games, and the marketing of these games, is driving people away from poker:

“That comes down to the debate of what do people want, but at the same time keeping poker intact and what people love about the game.

“Poker might not be as popular as some of these crack cocaine lottery games but at the same time, I think as poker players out there, like myself and other players, we do have to advocate and say all right, let’s not completely change our game and drive all of our players that want to play traditional poker away to these other game formats.”

Ingram went on to say that even though more of these hypothetical players might enjoy the other formats, the goal shouldn’t be to turn poker into crack cocaine lottery-style poker games: “It’s not poker to me, it’s a different game, it’s not what I’ve come to learn as poker, come to love as poker.”

And that’s where the back-and-forth became interesting.

“When you talk about driving people from one thing to another that’s a bit of a misnomer,” Josem said. “The players have moral agency. The players are human. Let them choose what they want to do.”

Ingram countered with his belief that the way marketing dollars are being spent and the type of content being created to promote poker is pushing people away from traditional variants and towards more gambling games.

“You have the ability to sway people’s opinions on what they should play and why they should play it,” Ingram said. “And if you tell them the Spin & Go is the most fun thing to play, well they’re  going to think that.”

That’s simply not the case.

Marketing will only take you so far

By Ingram’s logic, a casino could steer every customer towards its highest margin game and convince them that it’s the best game in the world.

In the real world, casinos offer dozens of games and different slot machines, because, like Josem pointed out, different people want different things.

The popularity of Spin & Go’s isn’t due to them being forced down players’ throats, it’s because customers wanted them (or something like them) and after giving them a try they discovered they enjoy playing them.

The people who hate Spins might dislike the lack of skill or increased variance. But the people playing Spins might hate the monotony of a cash game, or the time commitment of a tournament. They’re not playing them because they’ve been bombarded with ads and tricked into liking them.

“It’s difficult for me to think of a successful service that survives and grows purely on marketing,” said Josem. “At the end of the day, the marketing will get the customer in the door the first time, but for them to stick around and be there in the long-term you’ve got to have a good product.”

This is the second important point from the podcast:

If a product is good, a marketing campaign can have a big effect. If the product stinks, or it’s a product no one wants, no amount of marketing is going to save it.

For proof of this, look no further than all of the recent failures in the online poker space.

Spin & Go’s aren’t the only reinvention of poker in recent years, and despite plenty of marketing and investment these other products haven’t caught on.

Beyond that, times have changed. When online poker was booming smartphones weren’t a thing, and online poker wasn’t competing with mobile apps, streaming services, and the like.

At one point Josem said, “You can’t force people to play six-max PLO.” I would have added… just because you like it and find it stimulating.