It’s been nearly a year since PokerStars announced it would be making drastic cuts to its VIP program, and it’s been about six months since the announcement of rake changes and the elimination of most heads-up tables.

Now seems like as good a time as any to take a look at what impact these changes have had.

Over the past eight quarters, PokerStars has experienced a significant year-over-year (YoY) decline in cash game traffic, according to PokerScout.com’s data reports.

A snapshot of this decline can be seen by comparing YoY traffic numbers at the start of each quarter. (To be clear, the following numbers are not the average traffic for the preceding quarter, just the seven days leading up to the start of the quarter.)

There are no shortage of causes for PokerStars’ cash game traffic decline:

But there is also an underlying issue. Online poker cash game traffic has been declining industry-wide for several years. During the same two-year time period, the industry has seen average cash game traffic erode at a very similar pace to PokerStars’ decline.

Here is a look at the global.com online poker cash game traffic numbers from the same dates:

Furthermore, if we look at cash game market share, PokerStars hasn’t declined at all.

Whatever is ailing PokerSars, most, not all, of the other online poker operators seem to be suffering from the same disease (YoY declines in red, double-digit increases in green):

Of note, MPN has also been tweaking its model with new recreational-player-friendly policies and rake changes. But unlike Stars, MPN has lowered its rake in some of the games where PokerStars raised it, and it seems to be paying dividends — proving that there is perhaps more than one way to skin a cat.

That being said, it seems MPN’s growth is coming from the other operators (PartyPoker and iPoker) whose overall market share is on the decline.

Below is an interview with MPN’s head of poker, Alex Scott, where he discusses his vision for online poker, and what his company is attempting to do. 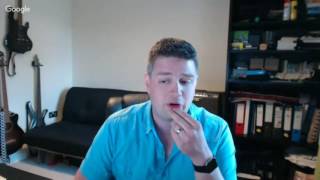 Moving on from cash game traffic to other metrics — PokerStars’ reported Q2 online poker revenue was flat YoY, and up using the constant currency metric. More importantly, total revenue company-wide was up significantly, proving that the new verticals don’t necessarily have to cannibalize poker.

I caught a bit of flack when I compared Supernova Elites and other high-volume online poker players to hardcore weightlifters. I also lead cheers for the changes (not the method in which they were rolled out) as good for the online poker ecosystem. That analogy that was originally meant to demonstrate that people overestimate the worth of the most active and engaged customers.

The analogy was ridiculed by some, but they now seem to be begrudgingly coming to grips with the idea that they may have overvalued themselves, both in terms of their direct value to the site (rake generated), and indirect value (the purported aspirational effect they had on recreational players).

In the column I wrote:

“Both groups also feel they have a higher worth as well as some immeasurable inspirational quality. This causes them to expect preferential treatment and ask for the world, and when they get the world they usually ask for more.

What hardcore lifters discovered, and what online poker players seem to be missing, is that while their value may be higher than other customers, they also possess harmful qualities. Additionally, their value is offset by their lack of numbers.”

Nine months hence, the gym analogy seems to be even more apt than I first suspected. The result of pushing away customers believed to be most valuable has produced roughly the same results.

There have been declines in different metrics, but the bottom-line numbers have already stabilized, and the long-term health seems to be a bit brighter.

Final thoughts on the PokerStars changes

It’s still too early to say for certain, but based on its continued movement away from catering to professional players, and some conversations I’ve had with industry people, it’s becoming apparent PokerStars feels it is on the right track.

If I was a betting man I’d wager that more VIP changes are coming, and the company will continue to make high-attrition games (where the professional has high edges over amateurs) less palatable, and eventually obsolete.