Playing heads-up cash games online for hundreds of thousands of dollars isn’t something most poker players will ever experience. However, poker fans recently got a taste of this action with Daniel Negreanu squaring off against Doug Polk at WSOP.com.

Beyond the play on the felt and results, there was plenty of action behind the scenes as well. The two men spent hours in preparation and studying each day’s hands behind the scenes. That involved reviewing hand histories, solver analysis, coaching, and more.

For the uninitiated, the behind-the-scenes work might be surprising. USPoker took a look at what kind of efforts went into the match and how each got ready to hit the tables.

Preparing for an online poker duel

In NASCAR, a driver earns major accolades for crossing the finish line in the top spot. But a big team in the background helps make that possible. The pit crew, team engineers, crew chief, and spotter all make efforts to get that driver to the checkered flag.

These two online poker warriors took a similar approach to the High Stakes Feud. Simply rolling out of bed and firing up the computer to play wouldn’t have been a good plan.

There’s no doubt Polk is an amazingly talented player. The founder of Upswing Poker didn’t go it alone in the challenge however.

After the final match in the series, Polk discussed his team on the final Upswing stream of the series. He offered a look at what into his efforts.

“I’m very happy that I spent so much time preparing and I felt that it ended up helping me tremendously and I got to execute at such a long period of time,” Polk said.

That execution came with lots of fine tuning and adjustment. And the Polk war room included a team helping make that happen. A couple of players served as coaches to help build a framework for play and also run simulations on a poker solver.

A solver is a software program identifying the optimal play in a given situation. Players, or in this case Polk’s team, enter each situation and the software indicates the best choice. The routine involved hours of work each day.

Another few players helped create hand ranges based on all of Negreanu’s bet sizes. A team of Upswing poker members also recorded statistics for all the hands throughout the series. That meant every continuation bet, raise, and any other move.

“They created a spreadsheet for me and were just straight-out grinding out stats,” Polk said.

Battling in the background

The match may have lasted three months, but Polk spent several months preparing beforehand. He hadn’t played in over a year before that and said he got “wrecked” initially playing at smaller stakes.

After finding his team of coaches, however, Polk’s game began to improve. His team constantly ran simulations – cross-testing bet sizes and hand ranges.

In reviewing the series, Polk believes Negreanu played well and could top most players who aren’t heads-up high-stakes specialists.

“I really think Daniel played exceptionally well for what I would have expected,” he said in a recent video analyzing Negreanu’s play throughout the series. “It’s a completely different beast heads-up. You have to play the vast majority of your hands.” 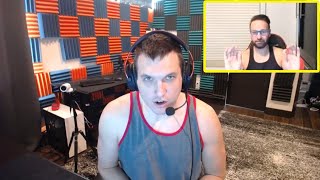 That involves continually making tough calls, sharp bluffs, and fighting for every pot, Polk noted. The effort may not have been NASA landing a rover on Mars, but there was a deep, high-tech team strategy underway.

Polk described his team as “some of the brightest minds in poker.” Sometimes that included reminding him to fold more and stick to the game plan. His tech team looked for a counter to every Negreanu change or adjustment.

“That full team of people helped me in different ways,” said Polk, who’s now heading to play in PokerGO’s High Stakes Poker. “I’m obviously thankful that I got to work with such great guys to get me to the level at where I am today. I just couldn’t have done it without them.”

Assembling a team for the challenge

Despite losing in the matchup, even Polk conceded that his opponent made considerable progress. He labeled Negreanu as a really good heads-up player who could do well against most challengers.

The problem is that Polk isn’t like most challengers. Extremely talented and possessing an innate gift for aggression at the right moments, he gives an opponent fits in extremely tough spots.

Negreanu knew he’d be the underdog going into the match and put together a team to help. After weeks of studying and preparing, Kid Poker hit the tables on Nov. 4.

The Team Negreanu crew consisted of two people coaching him as the series went along. That came to as many as six hours a day. A third person was also involved learning along with Negreanu throughout the process to help fine tune the strategy.

That involved making use of the PioSolver and running simulations on hands Negreanu played. The team could use that analysis to create and work on new concepts.

What does all this high-tech analysis say about where online poker is now? It means playing at some of the highest stakes continues to require massive amounts of training and analysis.

“The game is more complex at the highest levels and the skill set to become a great poker player has changed,” Negreanu told USPoker. “It’s less about talent and more about work ethic and study when it comes to online poker. I think live poker is mostly safe from being totally overtaken.”

This one is not good for my all in EV stats 😂😂😂@CoreySteel_ pic.twitter.com/HIJpg9kkmz

Looking back, Negreanu was forthcoming about the matchup and everything that went into it. He even recently discussed heading back to the tables heads-up against Phil Hellmuth.

“I learned a lot rapidly throughout the process,” he said, “but definitely needed more time to prepare for the match and be ready for hand one.”

That says a lot about what it takes to win in such an environment. The two treated the poker world to quite a show and there were plenty of hours of prep time to make that happen.