Live poker may have been on pause in 2020, but the game is alive and well in 2021. That apparently goes for televised poker as well.

The tournament now makes its television debut on NBC Sports this week.

Massive event heads to US television

The event was dubbed as the “Triton Million: A Helping Hand For Charity.” This mega high roller attracted 54 pros and business people for a £54 million prize pool.

Additionally, £50,000 was collected from each player for a total of £2.7million. That was then donated to various charities around the world including: One Drop Foundation, Healthy HK, and Raising for Effective Giving. 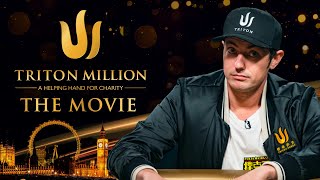 The 10-episode series features Daniel Negreanu and Ali Nejad guiding viewers through the action. That includes exclusive behind the scenes player interviews and the stunning highs and brutal lows of playing at such high stakes.

The tournament has previously been broadcast in Canada, Israel, the United Kingdom, and other countries. Broadcasting times vary and here’s a look at the schedule in some major markets:

A look at Triton Poker

Triton Poker was founded in 2015 by Malaysian businessmen and poker fans Richard Yong and Paul Phua. The series produces exclusive tournament series for wealthy business professionals and some of the world’s best pros.

Tournaments are held in some of the most luxurious casinos in the world at some of the highest stakes. This 2018 hand between Jason Koon and Elton Tsang is a perfect example of that, becoming the biggest televised cash game pot in history. 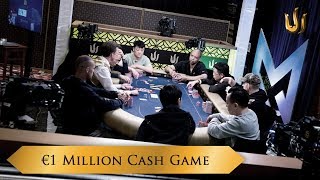 Funds from Triton Poker events have raised millions of dollars for charity as well. Some of those organizations have included Project Pink, the Red Cross, and more.

Adding Triton to American TV comes on the heels of other televised poker news. In February, PokerStars announced a deal with FOX Sports to broadcast the 2019 PokerStars Players Championship from the Atlantis Resort and Casino in the Bahamas.

Poker fans will also once again find WSOP coverage on PokerGO. The platform also offers live coverage of its own high roller events.

The PokerGO Cup kicks off on the network today with all final tables shown on the app. The company also partners with NBC Sports as well to air many of its series on traditional TV.

The World Poker Tour also continues to grow its media presence. Televised events air on Bally Sports, but the company has also moved to more streaming options in recent years.

YouTube, Twitch, and other online options also remain important options for many poker tours and online poker operators. Poker viewing choices continue to grow and Triton Poker now adds to that in the US.