It’s rock ‘n’ roll all night and poker everyday for the inaugural Rock the Pot charity online poker tournament. The event is set for Thursday and sponsored by the Charity Bomb non-profit and benefits the group’s efforts to curb mental illness.

Befitting the event’s name, the tournament features a host of rock stars including Scott Ian. The lead singer of Anthrax spoke with USPoker on Monday about his own life in poker and what to expect from the event. He even threw in a little behind-the-scenes nuggets about hanging out with Beavis and Butt-Head.

What is the Rock the Pot poker tournament?

Charity Bomb works to help adults and children dealing with mental illness. The tournament raises funds for our Operation GENzEQ, which aims to reverse trends and symptoms of mental illness

“Our efforts are more important now than ever as the pandemic has disrupted the lives and mental well being of kids around the world,” Charity Bomb founder and executive director Matthew Leone says. “As we assess the damage imposed from the COVID lockdowns, we are learning that our children have been hit the worst, from an emotional health perspective.”

Charity Bomb was founded by musicians and remains music-focused. Prior to Rock the Pot, the group has produced large-scale fundraising concerts. Those featured acts like Tenacious D, Metallica, Bush, Slipknot, Weezer, Red Hot Chili Peppers, Fall Out Boy, The Offspring, No Doubt, and more.

During the pandemic, the group lost its primary source of fundraising. The tournament is a way to bridge some of that gap.

“The response has been terrific,” Leone says. “The cultures of music and cards coalesce so well, and I think mental health is certainly a unifying thread between them.”

The event comes with a $100 buy-in and is hosted by Faded Spade’s charity online poker platform. Other musicians competing in the event include:

More celebrity players and poker pros are also expected to play. The winner scores a private yacht trip to Spain and Portugal. A few of the other prizes include a Jackson King V electric guitar, tickets to the Aftershock Festival, and more. Formed in New York City in 1981, Anthrax is celebrating 40 years of heavy metal this year. The band has sold more than 10 million albums and is now gearing up for some live shows again.

When not rocking on stage or in the studio, poker has been a regular part of life for Scott Ian. He didn’t play much growing up, but the poker boom ignited an interest in playing poker online.

“It wasn’t until 2006 where I basically got a free weekend in Vegas if I showed up and played in this VH1 celebrity rock ‘n’ roll poker tournament,” he says. “I only did it so I could go hang out with my buddies who were also playing, like Vinnie from Pantera and Ace Frehley from KISS. Somehow I won it and that kind of changed my life for the next five years.”

While on tour, online poker fit into his schedule well and Ian developed a love for the game. He even played in the WSOP Main Event in 2009.

“I dived deep into that world,” he says. “I took lessons from Annie Duke and hanging out with Phil Hellmuth quite a bit, learning from him.”

Black Friday brought an end to much of Ian’s online poker. His time at the tables has decreased, but this rocker still enjoys playing cards.

“Playing online was amazing because all I needed was my laptop, and you can be anywhere,” he says. “Once that went away, it made it really tough for me to stay current.

“I play with friends and home games here and there, but nothing like I used to. I would love to play in the World Series again at some point.” 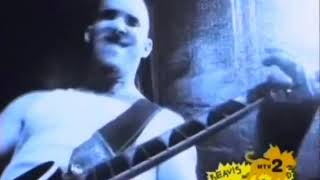 Appearing on Beavis and Butt-Head, hitting the poker tables

Those not familiar with Anthrax may recognize their music from the MTV hit Beavis and Butt-Head. Anthrax videos were featured on the show and the entire band even appeared in a sketch on the soundtrack to the film.

The band covered Beastie Boys’ Looking Down The Barrel of a Gun and were part of a recording session with show creator Mike Judge.

“We went to the studio with Mike and he had written this sketch about Beavis and Butt-Head coming to see Anthrax on tour, and hanging out on the tour bus with us and getting into lots of shenanigans,” he says.

“That was amazing. We were all massive fans of the show and Mike Judge, so to get to be in a room with him while he’s doing those voices was amazing. To look at his face while he’s doing those voices, he kind of takes on the appearance of Beavis and Butt-Head [says laughing]. It really tricks you into thinking that you’re talking to these two idiots. It was really an amazing experience to do that and see how he works.”

Seeing their own videos on the show was a badge of pride for Ian and his bandmates.

“Beavis and Butt-Head were always big supporters of Anthrax,” he says. “It’s nice to know that we made the cut and they didn’t make fun of us.”

The rest of Anthrax don’t necessarily share Ian’s love of poker. He’s excited for the Rock the Pot and enjoys the challenge the game provides, as well as the camaraderie.

“I’m just excited to get to play and have fun,” he says. “Hopefully I’ll get to play against some real players. I know there are some pros who are playing, so it will be nice to see how my game holds up. I’m not looking at this tournament like I’m playing the Main Event. I really just want to have fun.”

For more information on the Rock the Pot charity poker tournament or to register, click here. Anthrax has returned to performing some festivals and one-off shows. The band is also working on a new album for 2022. For more information, visit the band’s official website or follow Anthrax or Scott Ian on Twitter.